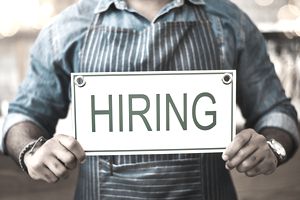 The Work Opportunity Tax Credit (WOTC) can help employers close the skills gap by encouraging them to hire applicants who often are overlooked, such as people with criminal histories, military veterans and the long-term unemployed.

Here’s what employers should know about participating in the program.

The program was designed to encourage employers to hire workers from certain target groups that have historically faced barriers to employment.

By hiring from these groups, an employer may receive a tax credit, which helps the company save money. This helps create a positive impact to the bottom line of a business. Not only can the WOTC program help HR professionals and business owners help in finding diverse, qualified applicants, it also allows the HR department to have a positive financial impact on the organization.

Did you know? The U.S. Department of Labor issued more than 2.2 million WOTC certifications in 2018.

The WOTC program is set to expire at the end of 2019, but it has expired and been reauthorized more than a dozen times since 1996. Federal lawmakers continue to show interest in the program and multiple proposals have been made to expand the program’s eligibility groups, noted Vaughn Hromiko, principal and director of client services at Sacramento, Calif.-based WOTC Planet.

“Based on past performance, we predict Congress will renew WOTC; however, these are strange times politically,” he said. “The future is still uncertain.” 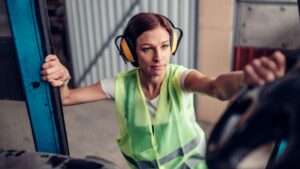 The WOTC program has been in place since 1996 and is “one of the few government programs that is achieving its stated objectives—helping to provide employment for individuals in WOTC-defined target groups,” Madden said. The program takes eligible workers off other forms of government assistance, which ends up saving money for both the federal and state governments.

The maximum tax credit is defined by law and ranges from $1,200 to $9,600 for each eligible employee—depending on the employee’s target group and hours worked in the first year.

Eligible job applicants that are hired and certified must work a minimum of 120 hours during the first year of employment, then the employer can claim a tax credit of 25 percent of qualified wages, up to a certain limit set for the target group. An employer may claim a credit equal to 40 percent of the eligible employee’s qualified wages, up to a certain maximum, if the employee has worked at least 400 hours. For most target groups, the maximum wages eligible for WOTC is $6,000 per eligible employee, which translates to a $2,400 credit. Employers may consider up to $24,000 in wages for a long-term unemployed veteran with a disability and receive a credit of up to $9,600.

The credit is limited to the amount of business income tax liability or social security tax the employer owes.

Hromiko provided an example of how the WOTC works:

Let’s say I hire Sally Smith. Sally qualifies for WOTC because she’s a member of a family that received SNAP benefits. I pay Sally $15 an hour. She works 400 hours and receives $6,000 in compensation. Because Sally’s work hours reached the 400-hour threshold, the tax credit will be calculated at 40 percent. As her employer, I will generate a tax credit of $2,400 (40 percent of $6,000) and must reduce my payroll deduction by $2,400. If Sally ends her employment before reaching the 400-hours mark but works at least 120 hours, then the tax credit is calculated as 25 percent of her qualified wages. If Sally’s employment ends before she works at least 120 hours, no tax credit can be claimed.

The majority of WOTC certifications are for employees who received SNAP or TANF benefits during a specific period before hire that is defined by the WOTC statute, Hromiko explained.

Each target group has its own specifications and credit limit. “Denials are generally based on an individual not meeting specific eligibility criteria or not meeting required deadlines,” Madden noted. A company that does not leverage appropriate technology to screen applicants and track compliance and performance will often have incomplete or late WOTC filings, which can translate into denials and lost credits, she added.

Some employers read the list of target groups and incorrectly conclude that their company does not—or would not—hire qualifying employees, Hromiko said. “The truth is, WOTC qualifiers are regular people from all walks of life.”

At any one moment, a significant portion of the general population is experiencing one or more WOTC-qualifying circumstances. Eligibility rates vary by geographical region, he noted.

Employers may also incorrectly assume that only hourly workers are eligible for the program or that WOTC is a program only applicable to high-turnover organizations, Madden said. The WOTC actually applies to workers in all industries because of the diverse WOTC eligibility criteria that apply, she explained.

Employers should have the right technology in place to streamline applicant screening, administrative functions and information-technology tasks. Handling WOTC in-house is possible, but the opportunity cost is great.

WOTC requires new hires to be screened for eligibility “on or before the day” of their job offer. With an effective WOTC program, an employer can often implement WOTC screening in a matter of days.

If you have questions about WOTC  and want to speak with a trusted WOTC service provider, let us know how we can help.