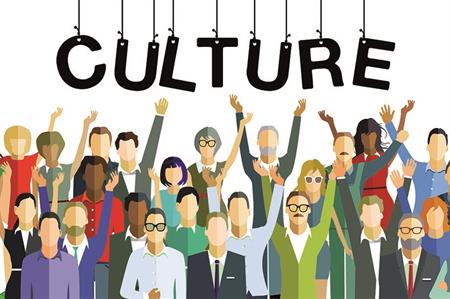 What Is Workplace Culture, Anyway?

When you belong to an organization, there’s usually a reason, right? Whether the organization is a business, club, or other group, something about it appealed to you, and you chose to associate yourself with it. You personally identified with it and felt like you would fit in, so you joined. Alternatively, you may have considered joining an organization, but decided against it because it didn’t feel like a good fit. Or you joined for a time, but then decided the place wasn’t for you.

“If your company has rules, traditions, and people working together, it has a culture, and that culture affects your operations and strategy—as well as how employees and customers perceive your company.”

Rules
The rules of an organization are the beliefs, norms, values, and attitudes that have been codified by the organization’s leadership into expectations, policies, and procedures. They tell people what they’re supposed to do and how they’re supposed to act and interact. You typically find these rules in official documents like the employee handbook, operations manual, and statement of corporate values. Sometimes, though, rules may be “unwritten,” for example, an expectation that employees load their dishes in the dishwasher or not use emojis in communications with customers.

Rules pertaining to safety and security are typically required rather than merely encouraged, as are the rules governing general business operations, such as dress codes and time-tracking procedures. Generally, when these kinds of rules are violated, discipline ensues.

Some rules, however, encourage behavior rather than require it. Values statements often fall into this category. Employees are recognized and rewarded for exemplifying these values, but they’re not formally disciplined if they don’t happen to measurably live up to them on a given day.

The kind of culture you have as an employer will depend in large part on the kinds of rules you have. If you want a culture marked by specific values, such as honesty and respect, you need rules that tell people that these values are important and that motivate employees to exhibit them in their work. You also need to make sure that your rules make sense given the kind of culture you want to have. For example, if you want your culture to be friendly and fun, you probably don’t want to prohibit employees from chatting while they’re on the clock. On the other hand, if you want to establish a culture of strict professionalism and attentiveness to customers, then minimizing chit-chat might be a good idea.

Traditions
While rules tell employees what they should do and how they should act, traditions give employees the means to work together and build relationships with one another. The traditions of a workplace are its ongoing and recurring practices. They are its conventions, customs, rituals, ceremonies, activities, and physical workspace arrangements.

The traditions of a workplace might include grand events like award ceremonies or annual retreats, but they also include mundane things like everyday meetings and standardized communication methods. When a company has meetings, for example, it brings people together and gives structure to their discussions. When a company has a peer recognition program, it provides an opportunity for employees to offer praise and gratitude. It’s through workplace traditions that people ultimately build and maintain professional relationships.

To have an effective culture, you need traditions as much as rules—and your traditions and rules need to align. Workplace problems often arise because traditions and rules are in conflict. A company might have a strict anti-harassment policy (rule), but an ineffective system for reporting and investigating (tradition). When rules and tradition don’t align, the culture becomes chaotic, and this chaos creates uncertainty, confusion, and distrust.

Personalities
Let’s turn now to the third basis of workplace culture—the individuals who work there.

If you suddenly replaced everyone in a company, the company might be the same legal entity, but it wouldn’t be the same place or have the same culture, even if the rules, traditions, operations, and strategy remained the same. People matter. A lot of what accounts for the character of a workplace is simply who the people are as individuals and the free choices they make.

Everyone in the workplace has their own personality—their own ideas, perspectives, attitudes, and behaviors. Think of the employee who always has a spring in their step, the manager who regularly takes their team out for coffee, the go-getter who’s eager for a promotion, or the employees who are sure to chat about the latest episode of The Bachelor.

A culture may be rooted in core principles, but it also moves and changes. Your employees will change the culture simply by being themselves. Encourage them to improve it!

Developing Your Culture
Because your culture depends, in part, on the people who work for you, you will never have complete control over it. Nevertheless, culture isn’t something you should ignore. If your company has rules, traditions, and people working together, it has a culture, and that culture affects your operations and strategy—as well as how employees and customers perceive your company.

The kind of culture you should strive for depends on the nature of your business. Not every culture will be or should be the same, and what works well in one workplace may work poorly in the another. That said, cultures that are conducive to long-term success are typically defined in a clear manner, understood and embraced by employees, aligned with the mission of the company, and stable through times of growth and crisis. When establishing or assessing rules and traditions, keep those characteristics in mind.